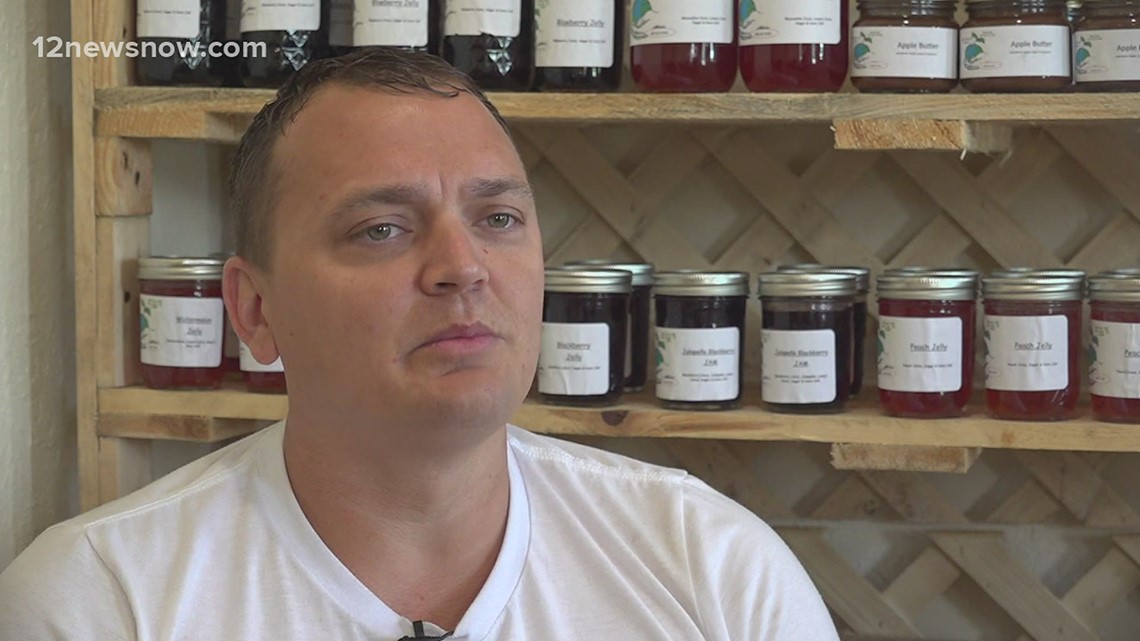 “I never thought I would be running a business, let alone a produce shop,” Justin Tauzin, owner of God’s Green Earth, said

SOUR LAKE, Texas — A local small business owner is enjoying the fruits of his labor after turning his life around.

“I never thought I would be running a business, let alone a produce shop,” Justin Tauzin, owner of God’s Green Earth, said. “I have built a greenhouse and started planting some seeds.”

Prior to becoming a small business owner, Tauzin said he had much to overcome life, including drug dealing.

“At seven, I was prescribed Adderall,” he said.  “Doctors and medical professionals thought I had ADHD. Once I got into middle school, I found out that Adderall is a gateway drug.”

Being prescribed Adderall was the start of a dark path, Tauzin said.

“I started selling drugs,” he said.

After spending years in and out of jail, Tauzin eventually turned his life around.

“It has been huge,” Sarah Tauzin, Justin Tauzin’s wife, said. “It took a ton of patience.”

Now, Justin Tauzin is a small business owner, and he and his family are enjoying the fruits of his labor.

Justin Tauzin is sharing his passion for produce and everything else on, “God’s Green Earth.”

“I just want to let people to know that if god did it for me, he will do it for anybody,” Justin Tauzin said.

Justin Tauzin had his ribbon cutting ceremony for his store front on Thursday, July 29.

The inspiration behind God’s Green earth comes from his entire family going vegan, during the pandemic. Growing produce was very beneficial to them.

Those who want more information on what “God’s Green Earth” has to offer can visit the stores website.