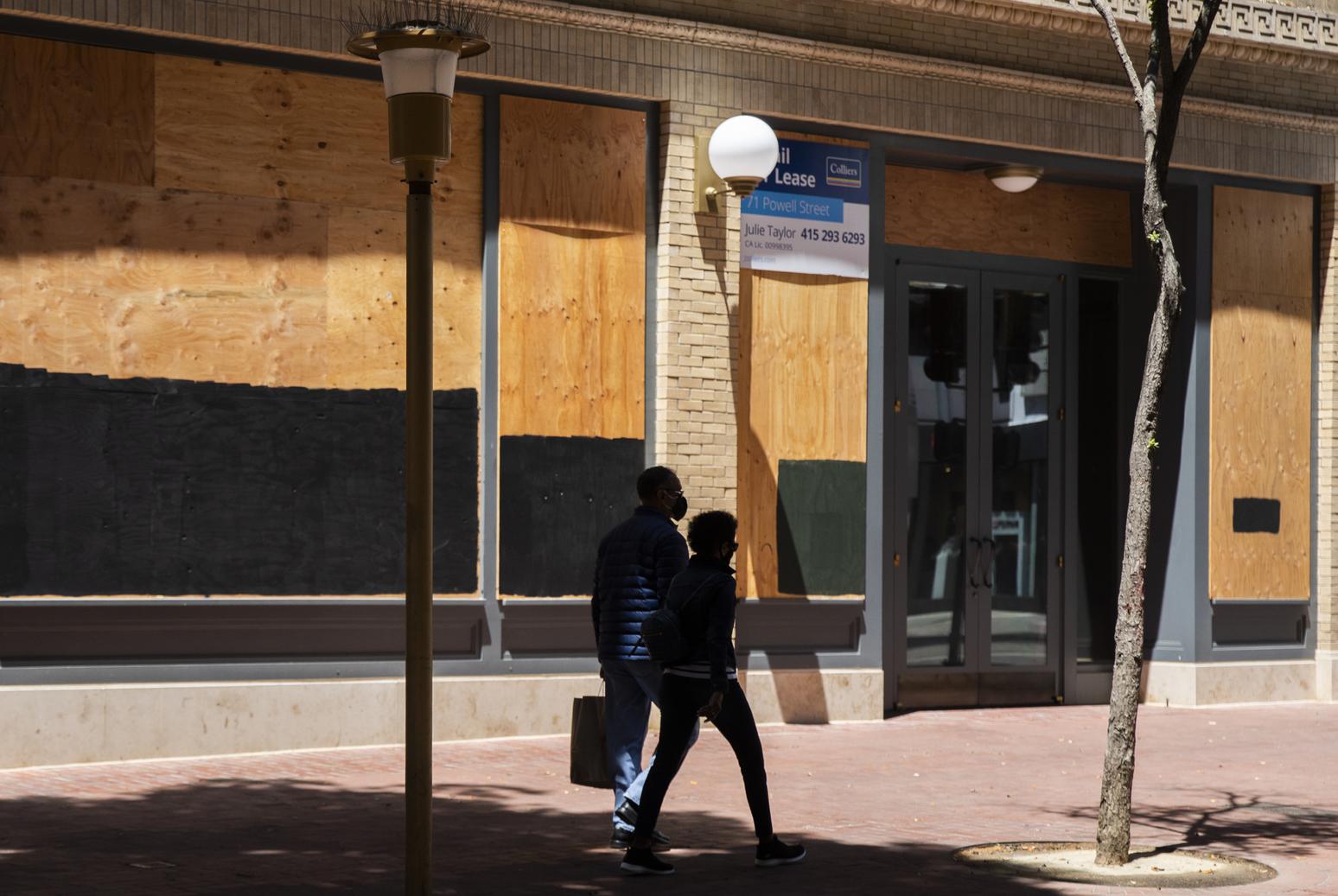 “I definitely see a lot of for-lease signs. A lot of businesses closed and stayed closed,” said Maryo Mogannam, president of the San Francisco Council of District Merchants Associations, which represents small business owners. Some owners have considered reopening, but felt the risk of failing in a few months wasn’t worth it, he said.

Ted Egan, the city’s chief economist, said the stubbornly high rate of closures was surprising, but he expects it to improve next month. The data comes from anonymized payment and payroll figures compiled by nonprofit Opportunity Insights.

In contrast, credit and debit card spending has also returned to pre-pandemic levels in San Francisco, suggesting that residents are spending more on online shopping or other leisure activities rather than at local stores, Egan said.

Quieter streets, along with a spike in some crimes such as burglaries, could dampen the return of residents and visitors. Small business closures are “a major challenge for the city going forward,” Egan said.

Other economic data underscored that the city has a long, uncertain road to full recovery. Employment is still down around 10{5acde2b135f9ff77808fc0f91e8d11a519c273808dcb0870bdf5e7537f47f473} from pre-pandemic levels, with most losses in the hospitality, arts and restaurant industries, Egan said.

“Downtown has basically borne the brunt of the shutdown because there is such a reliance on tourists and commuters,” Egan said.

The report doesn’t include any policy recommendations, but supervisors are exploring waiving some fees for small businesses and Mayor London Breed has called for faster permitting.

But the costs of opening a business can easily reach six figures, including paying for permits, rent, hiring employees and building out a store, Mogannam said.