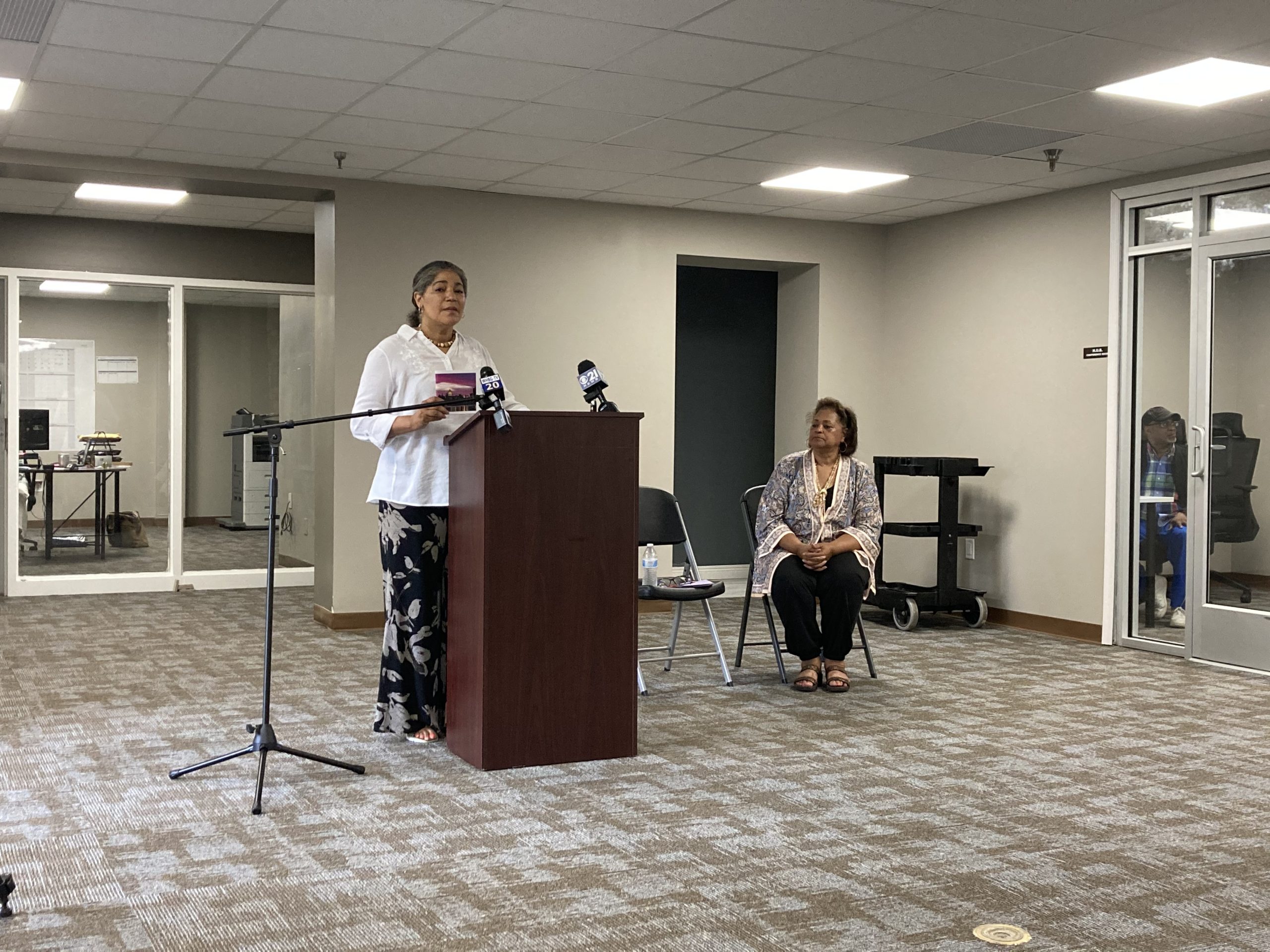 Sheila Dow-Ford and Gloria Martin-Roberts with Impact Harrisburg announce a new round of small business funding.

Through a local grant program, some Harrisburg businesses have a chance at receiving financial support.

Impact Harrisburg is rolling out its “Making an Impact” funding to benefit projects that impact the city economically.

“We can affirm that access to our funding has been a benefit to the economic structure and overall wellbeing of our community,” said Gloria Martin-Roberts, board chair of Impact Harrisburg, at a press conference in the Harrisburg Uptown Building (HUB) on Wednesday.

The program will distribute $300,000 to eligible businesses and nonprofits. Eligible projects include those that wouldn’t have adequate funding otherwise and will be started immediately. Businesses must also contribute a match to the project, financial or otherwise and have annual net revenue of $500,000 or less.

The Impact Harrisburg board plans to focus on assisting minority-owned businesses, Martin-Roberts said.

In May 2020, Impact Harrisburg, along with the city, distributed around $1.5 million in “Neighborhood Business Stabilization” grant money to 314 small businesses affected by the COVID-19 pandemic. That program allowed businesses to utilize funds for general administrative expenses like rent, mortgage and payroll. This new round of funding cannot be used for those purposes, Dow-Ford said.

Dow-Ford described the “Making an Impact” program as “small, but mighty,” with the possibility to uplift often overlooked organizations in the city.

“This is a good news story in Harrisburg,” she said.

The program application opened on Wednesday and will be available until 5 p.m. on Aug. 2.

Juanita Edrington-Grant of HUB said that they will be applying for the funding and explained the positive experience that they’ve had with Impact Harrisburg previously. TLC Construction & Renovations received a grant from a prior round of funding that allowed them to finish constructing the HUB building.

“I am very grateful for organizations like Impact Harrisburg,” Edrington-Grant said. “It pushed us over our [capital] campaign.”

Impact Harrisburg was created in 2015 as part of the Harrisburg Strong Plan to promote economic development and infrastructure improvement within the city. Dow-Ford said that the organization is nearing the end of its original funding pool of $12.3 million, so its future is uncertain.

If you like what we do, please support our work. Become a Friend of TheBurg!